Discovery Days is a two-day event featured in Spring and Fall at Oregon State. Students come to learn about science and engineering. Oregon State's Math Club has been an active participant in Discovery Days, excitedly preparing and presenting math-based activities at their booth!

Family Science and Engineering Nights occur at local primary schools, and provide another opportunity for clubs and student organizers to give back to their community. Math club has been excited to design and lead activities at these events!

In 2020, Math Club decided to rethink Pi Day. This started the tradition of Pi Week. As a joint effort between Math Club and the Society of Physics Students, OSU Math club hosted an integration bee, a pi-themed trivia night, and a pi(e) eating contest! Unfortunately, the rest of the Pi Week festivities and outreach were cut short with Covid-19, but the event showed promise for future Pi Weeks!

In previous years, the Math Club celebrated Pi Day by selling pies in front of Kidder Hall, in the Library quad. This event served as a fundraiser for the club, and helped to recruit new members!

In 2016, Calculus the Musical performed at Oregon State University for Pi Day. Four years later, on January 24th, Math Club—in coordination with the Oregon State University Math Department—hosted Calculus the Musical once more. The musical tells the story of a modern math student who teams up with Sir Isaac Newton to learn more about the history and development of calculus. Along the way they meet with Archimedes, Robert Hooke, Gottfried Leibniz, L’Hopital and Riemann, each of whom provide their thoughts on the subject.  Over two hundred people attended the night of comedy, music, and math, making the ambitious project a great success. 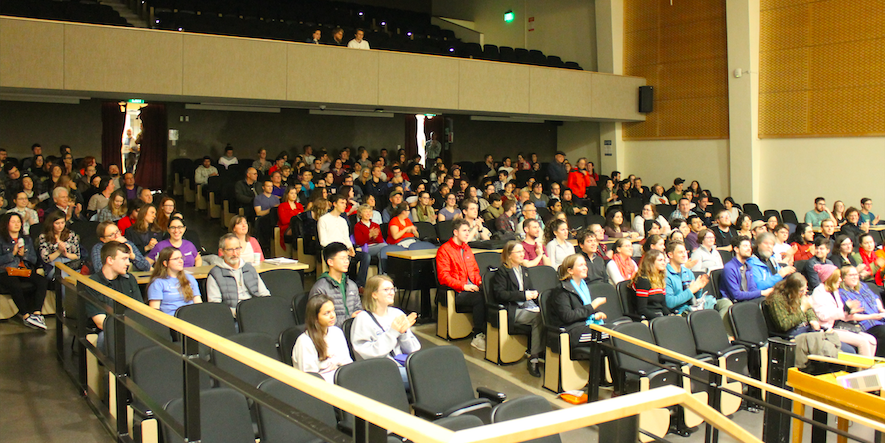